Clay, glorious clay.  I do like to play with clay so why not make some local clay buttons for my outfit!

At the beginning of the year my wonderful pottery teacher informed me that no one produces local clay anymore as it isn’t profitable.  So, generally, all Perth potters import clay from the eastern states. Huh.  We ship dirt over 3000km because it’s too hard to make it here. Dirt. soil. Dug from the ground.  Wow, economics drives us to some strange decisions.

Luckily for me, a local enthusiast, Kurt, recently started to dig up local clay for his own use. He happily passed on a bag of raw dirt when he found out what I was wanting to do.

Here it is in its raw state. 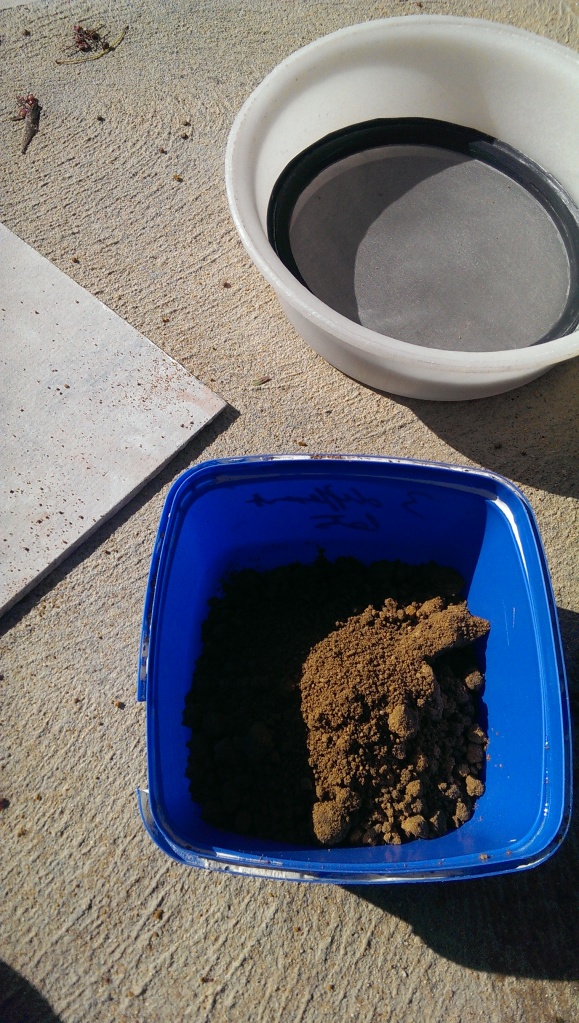 First I sieved the larger lumps and bits of grit out, 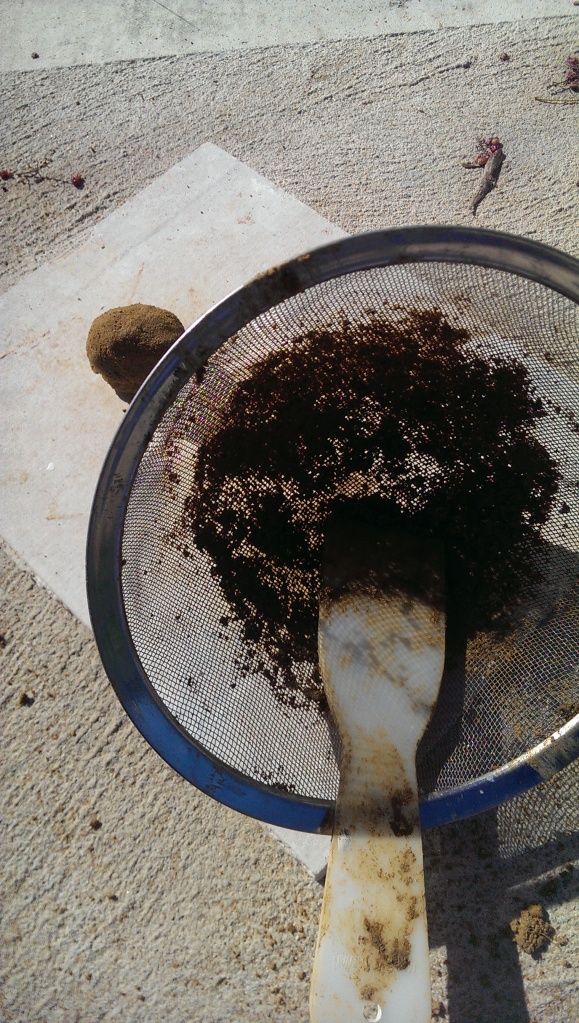 Then after kneading the resultant clay I stamped out my buttons and crossed many fingers that they would survive. 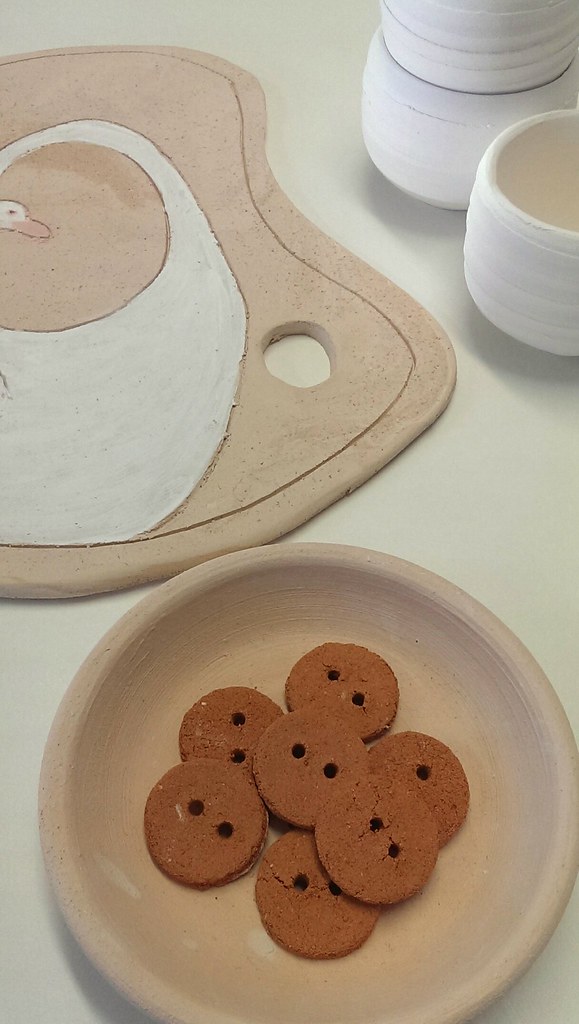 As you can see a few were showing signs of weakness so only 4 made it to the next stage.

This stage was probably the most exciting, they were fired in a wood fired kiln in a special firing that takes several days to set up, fire and dismantle.  The firing temperature is very high and I left the buttons unglazed to be coloured by the smoke. 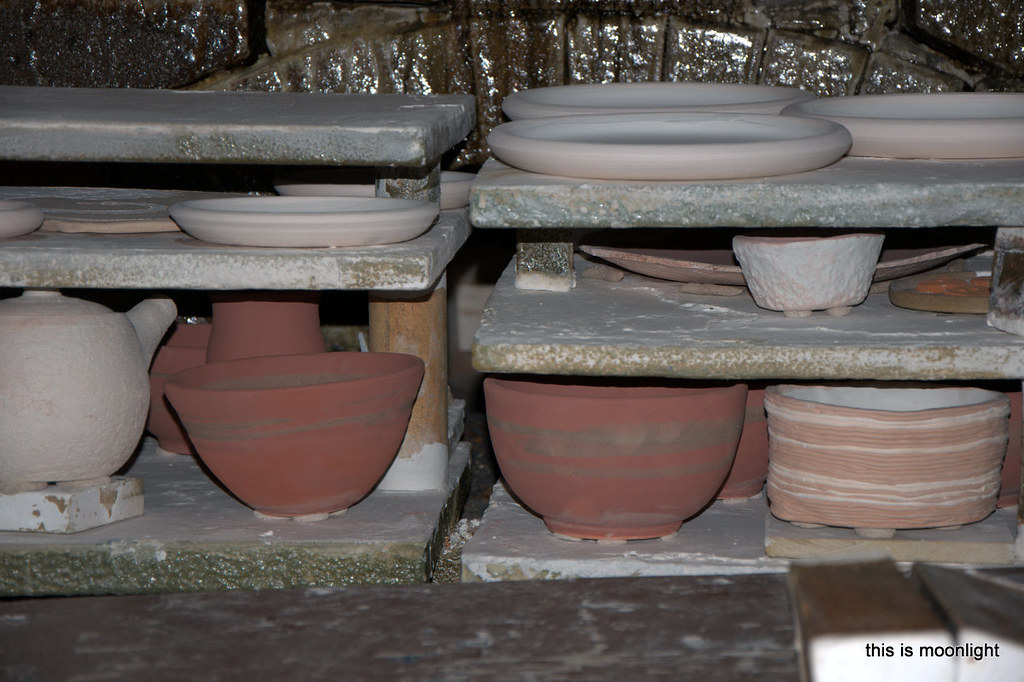 Stacking the kiln was the most nerve racking game of Jenga I have ever played.  Each shelf is balanced on 3 supports and over 200 pieces were stacked up and up and up. 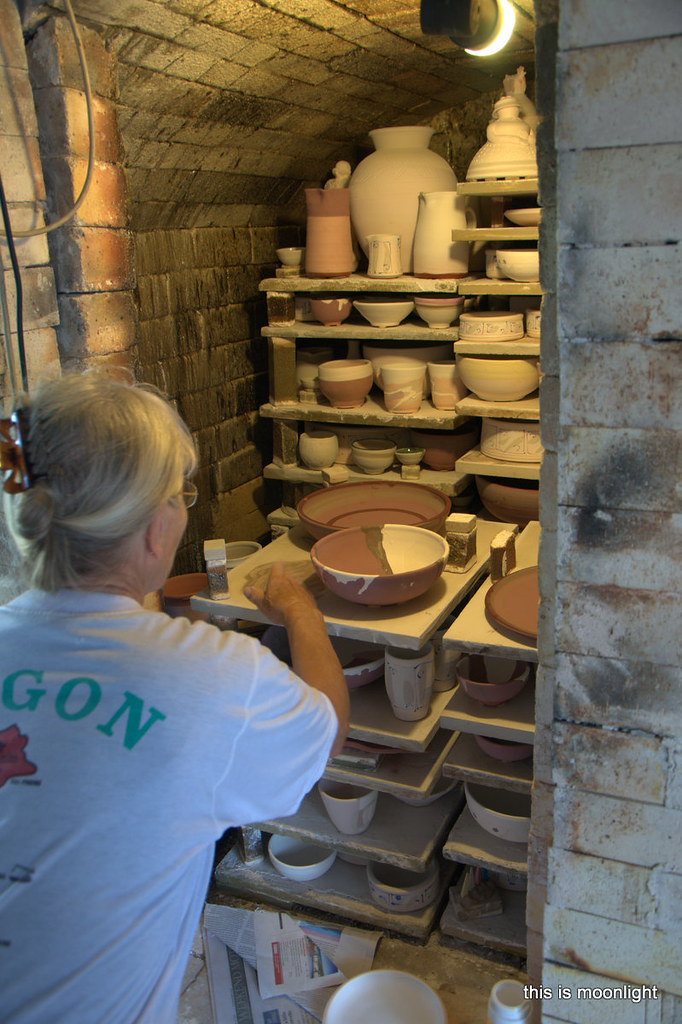 The kiln is then bricked up and the fire is stoked for 18 hours or more until the desired temperature is met. 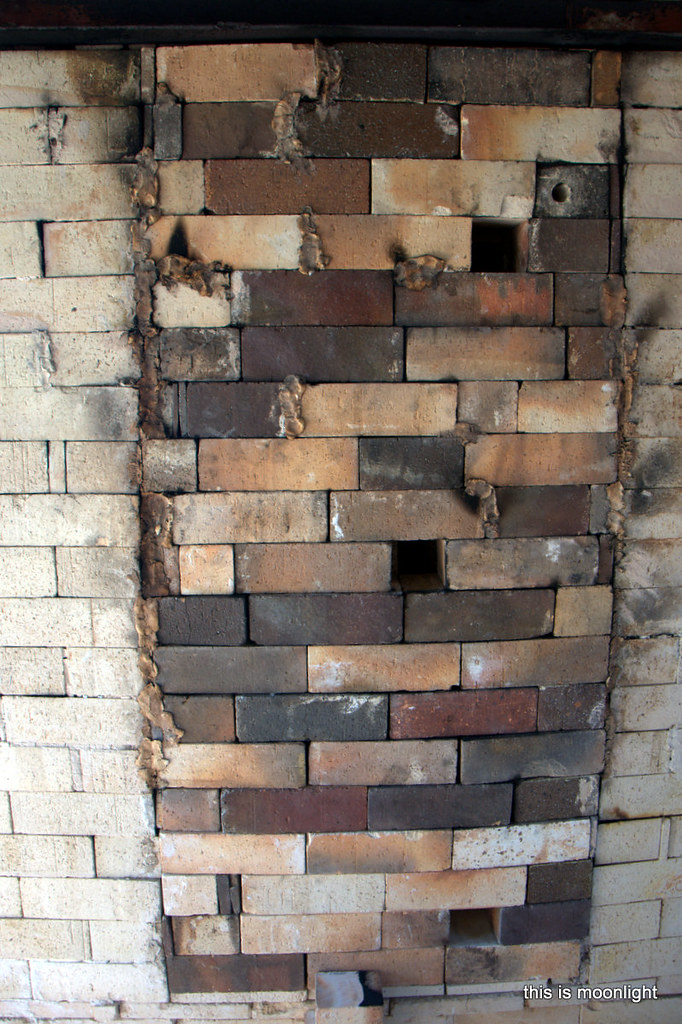 //embedr.flickr.com/assets/client-code.jsThese little guys are set in the windows to let you know when the kiln is hot enough.  They each melt at a separate temperature. 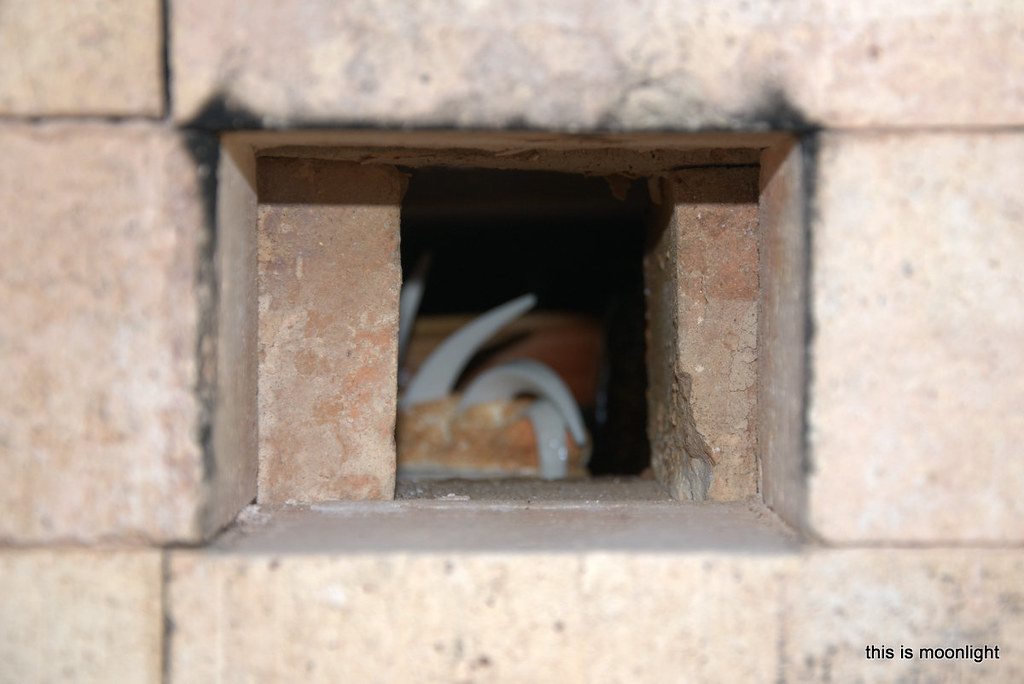 After letting the kiln cool down for 3 days, we returned to removed the brick door and reveal the wonders within! 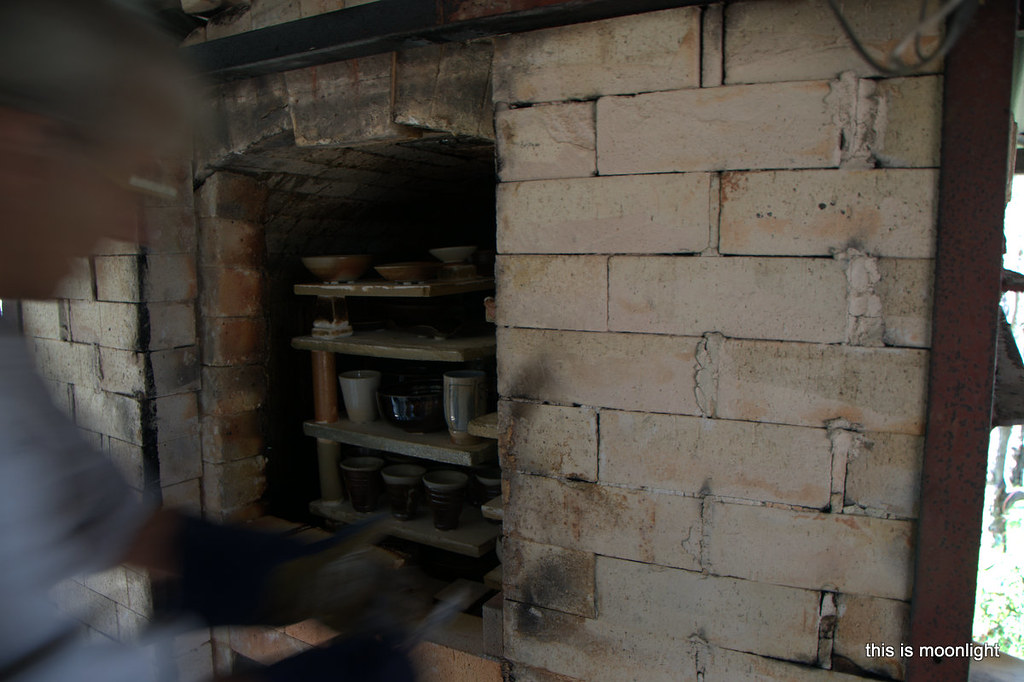 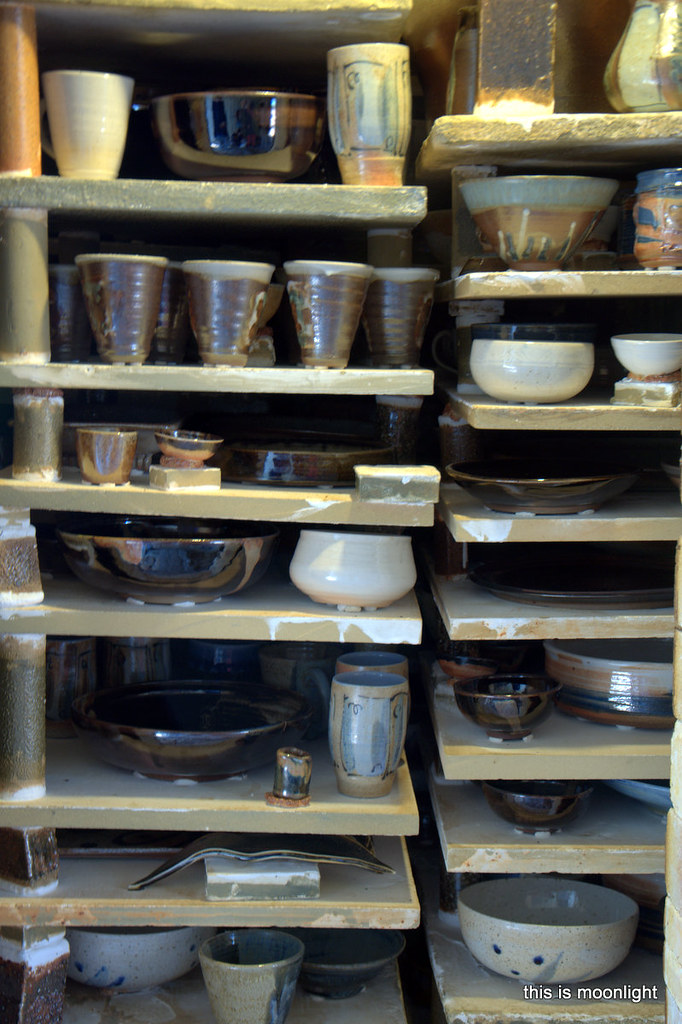 After a couple of hours of unloading the kiln I got to pull out everyone else’s glorious pots…. 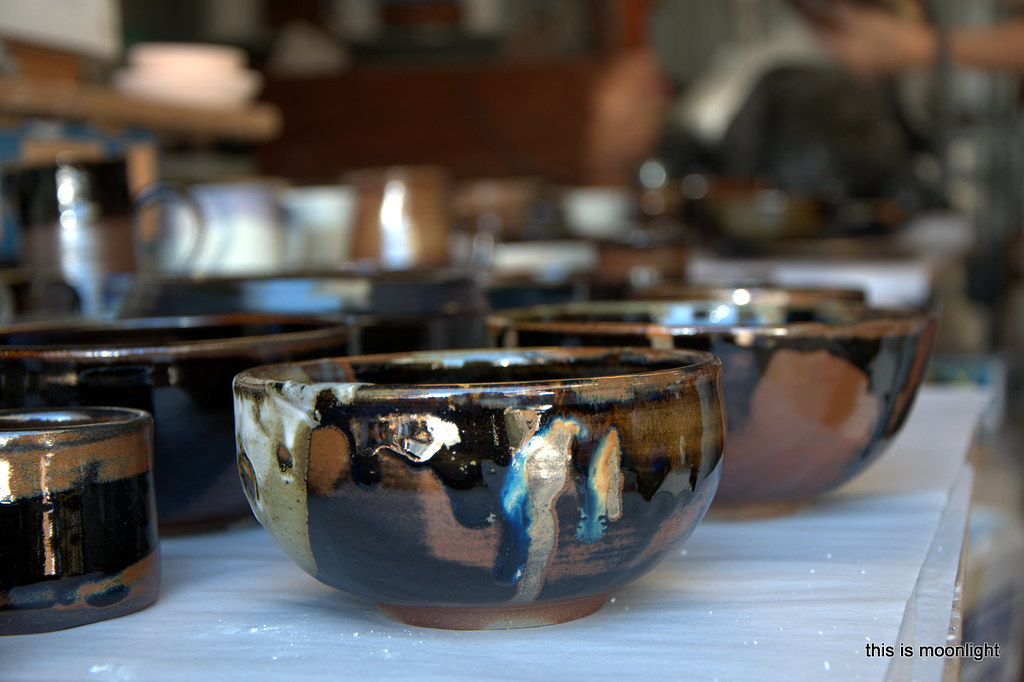 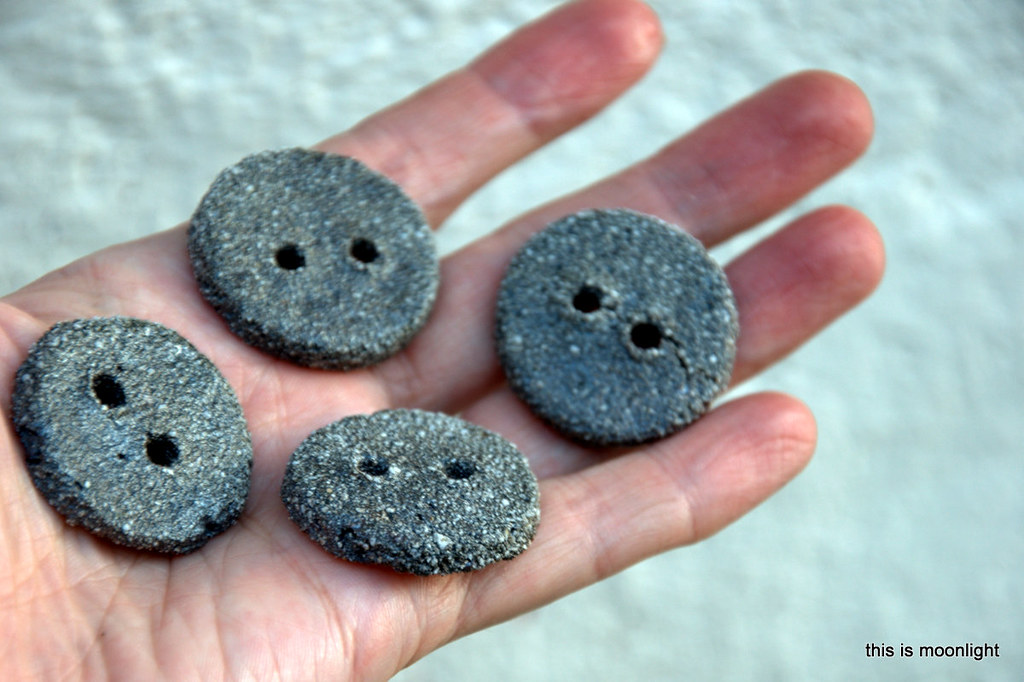 //embedr.flickr.com/assets/client-code.jsThree weeks from clay to button is fairly quick in the world of pottery, so I am happy to have them all tucked up in a woolly blanket awaiting cloth to be finished so soon. 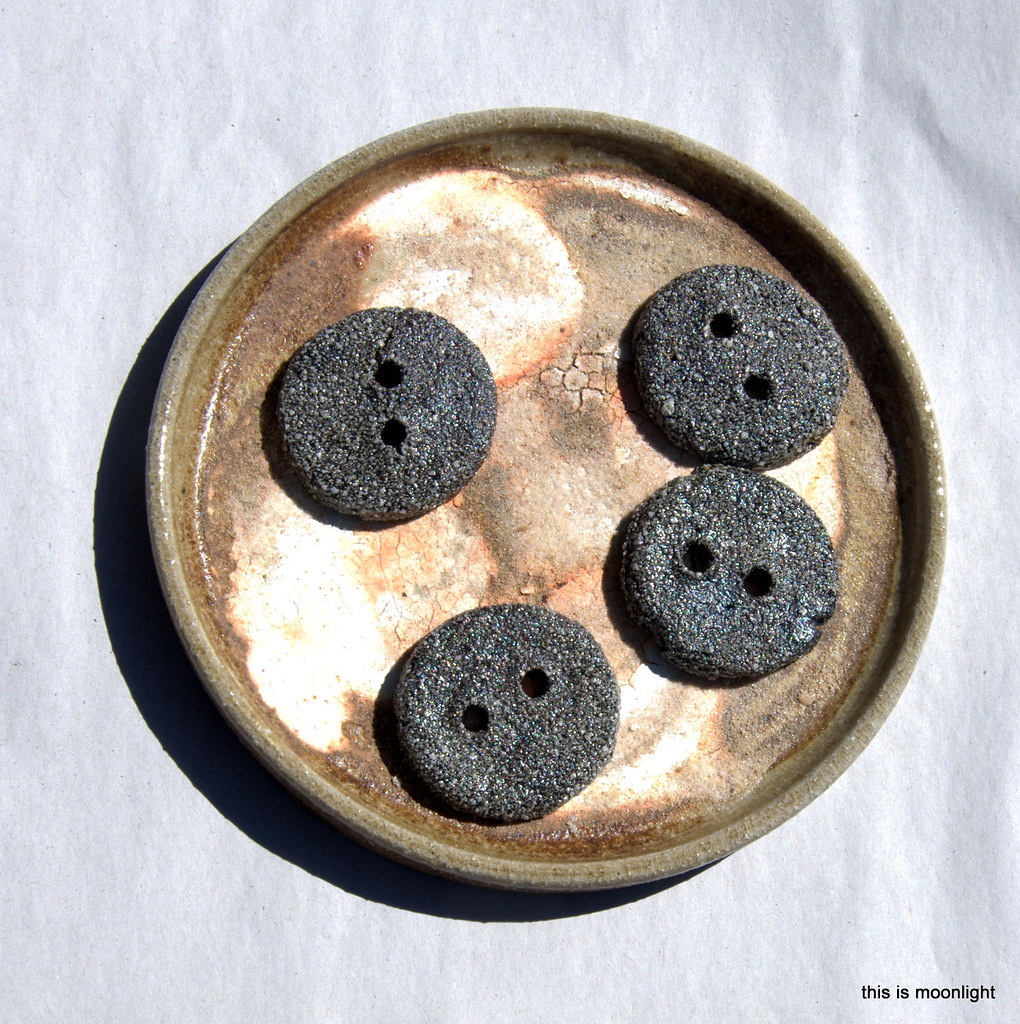 And I am very grateful to Kurt for digging up some local dirt!  Do other areas have local clay makers?  Or are we loosing this industry locally in bigger cities too?